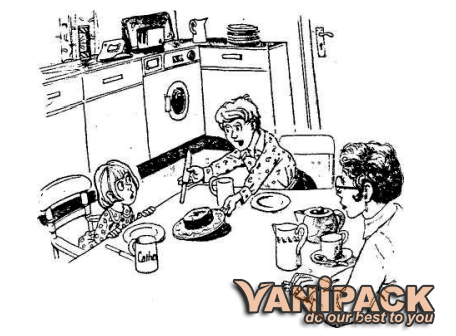 Dick was seven years old, and his sister, Catherine, was five. One day their
mother took them to their aunt’s house to play while she went to the big city to buy some new clothes
The children played for an hour, and then at half past four their aunt took
Dick into the kitchen. She gave him a nice cake and a knife and said to him,
‘Now here’s a knife, Dick. Cut this cake in half and give one of the pieces to
your sister, but remember to do it like a gentleman.’
‘Like a gentleman?’ Dick asked. ‘How do gentlemen do it? ‘They always give
the bigger piece to the other person,’ answered his aunt at once.
‘Oh,’ said Dick. He thought about this for a few seconds. Then he took the
cake to his sister and said to her, ‘Cut this cake in half, Catherine.’