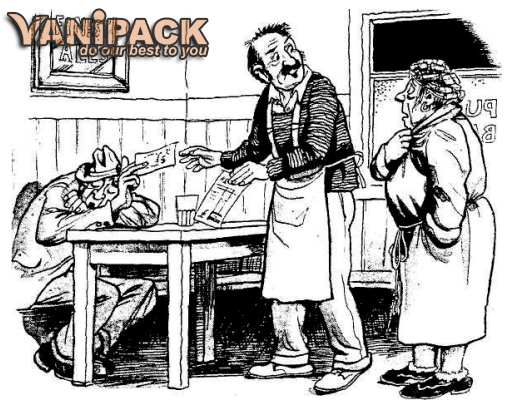 A man and his wife had a small bar near a station. The bar often stayed open
until after midnight, because people came to drink there while they were waiting for trains.
At two o’clock one morning, one man was still sitting at a table in the small
bar. He was asleep. The barman’s wife wanted to go to bed. She looked into the bar several times, and each time the man was still there. Then at last she went to her husband and said to him, ‘You’ve woken that man six times now, George, but he isn’t drinking anything. Why haven’t you sent him away? It’s very late.’
‘Oh, no, I don’t want to send him away,’ answered her husband with a smile.
‘You see, whenever I wake him up, he asks for his bill, and when I bring it to
him he pays it. Then he goes to sleep again.’