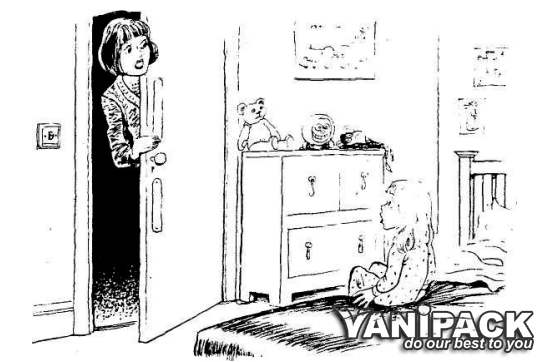 Betty Brown was five years old, and her mother wanted her to begin going to
school, because she wanted to start working in an office again.
A month before the beginning of the school year Mrs. Brown began telling
Betty about school. ‘It’s very nice,’ she said. ‘You’ll play games and paint pictures and sing songs.’
Mrs. Brown began doing these things with Betty. Betty liked the games and
the painting and the singing very much, but she always wanted to be near her mother, so Mrs. Brown was rather afraid and thought, ‘What will she do when I leave her at school?’
But on the first day at school Betty was very good. She did not cry, and she
was happy.
On the second morning Mrs. Brown said, ‘Put your clothes on, Betty. I’m
going to take you to school in half an hour’s time.’
‘School?’ Betty said. ‘But I’ve been to school!’